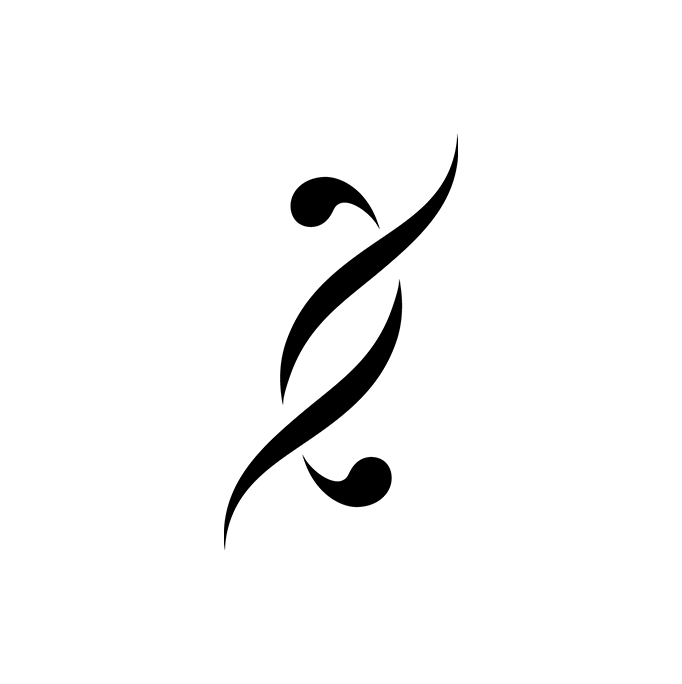 The history of the dualo key

The specifications of the dualo logo

When Jules and Bruno created the company DUALO SAS, on December 31, 2010, they had already been actively working for a year on the professionalisation of the project, mainly in the evenings after their respective jobs. And after several months it was obvious that they needed to have a logo that would visually represent the feeling of the project.

The task was not easy! And the specifications drawn up at the time stipulated that everything must start from the dualo principle:

The other important point in the specifications was of course that it had to immediately evoke the music, or even, if possible, luthiery or the instrumental craftsmanship.

At the time, beginning of 2011, the e-dualo had been around for two and a half  years and had been put into the hands of several hundred people, and Jules and Bruno were already convinced of the educational potential of the dualo keyboard. Moreover, in the documents of the time, the baseline of the project is “Dualo: the shortest path to music”.

Starting from the idea that the goal of the project is to accompany a musician on his or her journey, from beginner to amateur or even professional, Jules, a great creative, invented a first series of logos, like the stones of a path, or the bars of a ladder that you climb.

Jules therefore proposed several logos based on the staff, the alternation of notes between left and right keyboards, and a pyramidal shape also evoking the shape of the e-dualo:

More than just a logo, a real key

The specifications were finally entrusted to a very talented graphic designer, Julien Debyser, working under the pseudonym Ancre Noire. Friend of a friend of Jules and Bruno, Julien was part of the multidisciplinary collective Sublastart, some of whose members would later go on to co-found the famous collective La Gare XP, still bubbling with activity, activism and creativity today.

Julien, himself a musician, started from elements such as the f-shaped sound hole of a violin to evoke the musical universe and then, managing to embrace the project as a whole, proposed a musical key. Thus, Julien drew inspiration from existing keys to create a dualo key based on the symmetry of the two tetrads: two identical elements that come together to form a whole.

The relevance of the logo is found particularly in the idea that the dualo principle breaks down harmony into two parts, like two strands of nucleotides intertwine to form a strand of DNA.

From the dualo key, Julien Debyser created a whole graphic universe, including the two-circle logo, allowing the dualo brand to be included graphically. The inspiration, always musical, was also organic, even vegetal, reminiscent of the materials of traditional instruments.

Finally over time, the double logo was used less and less, in favour of a simpler version with the key alone and the word dualo next to it.

In December 2021, to mark the transition from the Dualo company to the Intuitive Instruments company, to modernise and give more dynamism to the dualo key, (and for many other reasons which will be revealed to you later), the Intuitive Instruments team has decided to to entrust the reworking of the graphic identity of the project to Océane Juvin, a graphic designer specialising in typography and visual didactics.

Because it is important to us that the key is an element in motion, which evolves, and which grows in parallel with the project.

We’ll tell you another time about the behind the scenes story of the birth of this new key and the new dualo logo, and we can’t wait to reveal how they will fit into current and future projects.