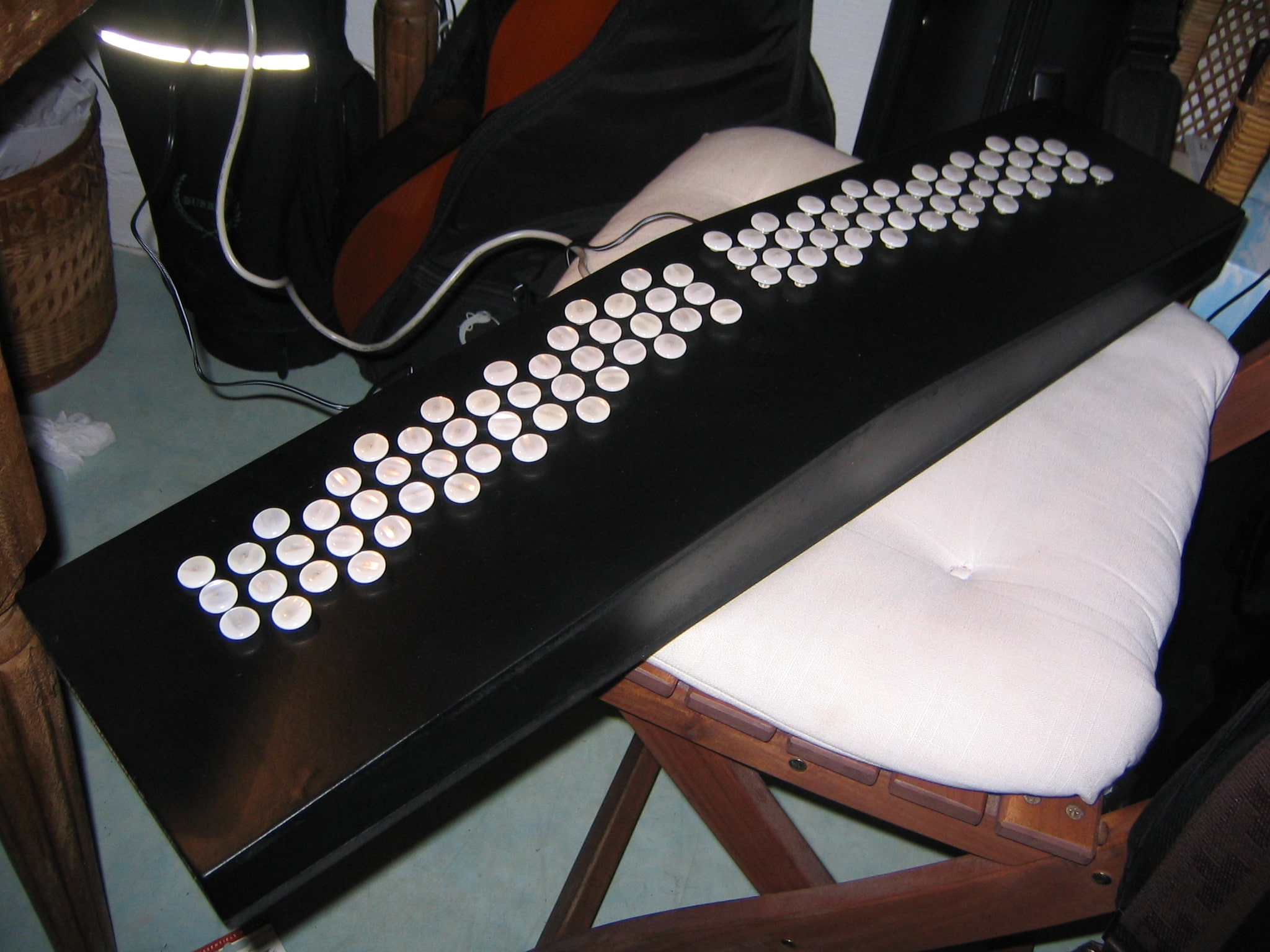 The creation and assembly of the « dualo bêta 0 » in detail

During the writing of the previous articles devoted to the first protoypes of the dualo instruments, we plunged back into the depths of our archives and unearthed some more photos!

Today, therefore, we’re going to show you more concretely how an instrument is built in a kitchen: let’s look at the dualo beta 0 (also called the du-board), the first prototype of an instrument with the dualo keyboard of which we wrote in this article.

The electronic part is surely the most difficult to design and create when you live in a small studio in the Paris area and you don’t have specific skills and equipment. On the advice of his entourage, Jules Hotrique, the inventor, began by buying two second-hand MIDI keyboards to reuse some of their components, in particular the circuit boards and rubber pads, which would serve as electrical contacts.

The idea is simple: on one side, a circuit board that knows how to take signals from sensors to transform them into MIDI notes; on the other side, sensors, and between the two, wires. It would be enough to reorder the sensors as desired and to be careful to connect them correctly to the circuit board.

For the surface of the keys, we use shirt buttons (yes, yes!), sawn and drilled:

For the box, some carpentry to make a nice box with two upper faces slightly inclined in the middle (5° angle) for the keyboard. Ideally it’s best to get help from a carpenter, who will have all the necessary equipment to make the cuts and to glue properly, without burying the kitchen under a layer of sawdust 😉

After drilling the upper surfaces, the holes are lined with aluminium columns, which will accomodate the rivets to which the buttons will be attached. It takes patience to saw aluminium tubes by hand and make 96 columns!

To fix the sensors in the desired location, it’s still necessary to create a board with electronic tracks and to add diodes, which must of course be soldered by hand.

A little paint and varnish….

Assemble and fix all of the components inside the box:

And we close everything! Afterwards, powered and connected to a computer, the notes sent by the controller are reassigned via software, in this case Max/MSP, to make the correspondence between the MIDI note sent by the card and the MIDI note that you want to receive based on the laybout of the dualo keyboard. The sound synthesis is carried out by a software synthesiser in the computer.

Previous article: Retrospective of the dualo prototypes – Part 2
Back to the articles
Next article: The du-touch Pro

The details of the Exquis app – Launch on October 11th!

The details of the Exquis keyboard – Launch on October 11th!

The process behind the design of Exquis